The future financial crime landscape in the US

The dust has now settled on arguably the most tumultuous United States election in history and we have a new administration in the White House. Jim Richards, ahead of FinCrime World Forum, talks about the likely direction of policy on financial crime and reflects on new anti-money laundering legislation.

Everything is pointing towards a fresh start for anti-financial crime in the United States. After a raucous presidential election campaign, we now have a new administration.

With it, we have a new secretary of state Janet Yellen, who has pledged to make corporate transparency and anti-money laundering a priority, including the introduction of a beneficial ownership register,

And this new administration has been gifted some significant new legislative tools. The Anti Money Laundering Control Act and the Corporate Transparency Act, were both passed on New Year’s Day as part of an over-arching defence bill and they contain a number of key measures to overhaul AML (see box below)

To talk us through all this, we are joined on zoom by Jim Richards, speaking from his home in California.

Richards is better placed than most to take the long view on the US landscape. A former criminal defence barrister, Richards has 20 years of experience working on AML compliance for various banks, including 13 years as Wells Fargo’s BSA Officer and Global Head of Financial Crimes Risk Management.

“Why not just reallocate that cost to the government? Give them the broad data and let them monitor, alert and investigate?

Three years ago, he set up his own company Regtech Consulting to advise and coach managers on a wide variety of AML-related issues.

So how does Richards see the future landscape for financial crime in the US?

Before we talk about the AML legislation itself, Richards speculates that the Democratic administration may push for greater financial inclusion, to get poorer and marginalised people banked and this could prove a challenge for anti-financial crime as the presidential term passes.

He says: “Financial crimes almost encourages financial institutions to de-risk and to not bank higher risk customers. I think that there’s going to be a push by politicians to have that scaled back a bit.”

That said the new AML legislation is seen by Richards as broadly positive for anti-financial crime, and he believes the real key debate will be about information-sharing, particularly between private and public entities.

Richards believes however that the very notion of financial institutions and other regulated businesses being at the centre of financial crimes monitoring, surveillance and reporting, should be challenged more,

“Why not just reallocate that cost to the government? Give them the broad data and let them monitor, alert and investigate? They would be able to see activity across the whole financial sector” Richards says. This would effectively be a step further than the public-private information partnership model that we are seeing across the world.

The possibility that Richards’ idea would happen seems unlikely and he clearly recognises this. Instead, he sees future US policy direction moving more towards collaboration between public and private bodies.

“It’s less about generic sharing of typologies or sharing of red flags are sharing work product, you know, easier. It’s that collaborative investigation,” he says.

“That is going to be critical because, criminal organisations are agnostic to jurisdictions and types of institutions.

“And so, it’s being able to share between institutions and across border, sharing investigations data and the monitoring of surveillance investigations reporting.”

He welcomes measures in the AML Control Act to close a loophole that prevents US financial institutions from sharing Suspicious Activity Report information with foreign branches and affiliates.

Another aspect of improved information-sharing that Richards says could be a “game-changer” is the requirement on the Attorney General to report annually on the usefulness of information reported by financial institutions through Suspicious Activity Reports (SARs).

Richards has long argued that without feedback on whether a SAR is useful, institutions are effectively blind as to what to report and what not to report and this is a factor in why we have so many SARs filed (2.5 million were filed in the US in the first 11 months of 2020 alone).

“An automobile company would not care about how many cars they build, it is how they sell which is the important thing” he says, “It’s whether the consumers like the cars, think they are good quality and can use them.

“But at the moment we have no idea on whether anybody is buying (ie, using) the SARs”.

Richards says this lack of feedback means banks are left with not knowing what kind of SARs they could be producing, and this can lead to simply an increase in volume rather than quality.

“Getting specific feedback on actual reports from law enforcement could be a game changer for the global fight against financial crime.

“With that, you can then say ‘okay, that is what law enforcement is interested in let’s go train our alerting systems our monitoring systems on that’. Institutions could then eliminate the types of SARs that don’t appear to be of use.”

He has developed his own proposal to improve things- a feedback loop framework which he calls Tactical or Strategic Value SARs. Under his idea, law enforcement agencies would have to notify the private sector whether a SAR provided tactical or strategic value.

It remains to be seen whether the reporting FinCEN ultimately does through the AML Control Act provision goes this far but Richards is positive about the direction of travel.

A much more publicised measure in the legislation is the establishment of a beneficial ownership registry.

Richards is a fan of transparency but also points out the limitations of the new registry.

“It will shift things a bit and make it a little bit more complicated for people to launder money on a professional basis, but I just don’t see it being a huge differentiator”.

But surely this is a great first step in a country that has traditionally had very little corporate transparency?

“It is a good first step, but that assumes there’s going to be a second step”, says Richards.

He says it will take several years to get the registry in place, even if the administration as Yellen says, prioritises it. Regulations have to be put in place, information has to be collected and the registry has to be built to the highest security standards, says Richards.

“I think the register is a priority for the administration and if it remains a priority and doesn’t conflict with other priorities then it will get built. But it’ll still take a couple of years to get it to get it done.”

Aside from a lack of corporate transparency, what other problems are there with the US financial crime system?

“I think the biggest gap in the American system is what the Financial Action Task Force (FATF) refers to as Designated Non-Financial Businesses and Persons, the gatekeepers or professional enablers and lawyers, the accountants that company formation agents, real estate agents, says Richards. “None of those sectors have either programme requirements or suspicious activity reporting requirements.”

Richards is less animated about this issue. “Cryptocurrency is shiny, it is new, and it is eventually going to mature but it is a little scary. I think we need to get so many other things cleaned up first.”

Jim Richards will be speaking at “The Biden Presidency - Key financial crime challenges in a new political landscape” at 6.30pm on March 23 at FinCrime World Forum 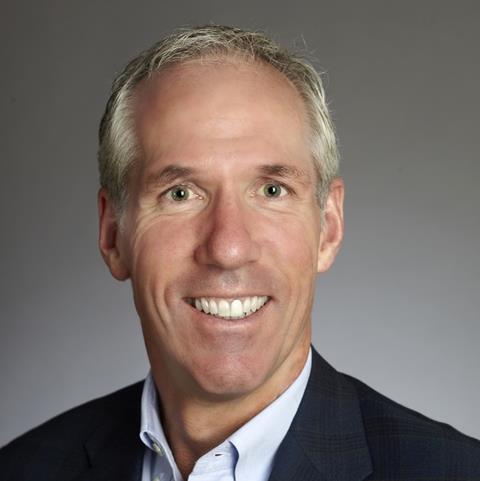