The challenges of tackling modern slavery

‍When Andrew Wallis was concerned about a crime issue back in 2007 affecting his local area of Bristol he did what many of us would do, he wrote to his MP, councillors and senior police officers.

However unlike many of us, Wallis pushed the issue a lot further. Having read more reports about the issue in question - modern slavery- and how Bristol Airport was being used as a transit airport to move exploited women from Eastern Europe, he persevered. He managed to secure a meeting with a senior Bristol police officer, who detailed the full extent of the issue

“When I picked my chin up off the floor, I was faced with a decision.…I said to them ‘what do you need?’” he said.

It transpired that safe accommodation was needed to prevent victims falling back into the hands of the traffickers. So Wallis set up a charity, Unseen UK, to provide safe houses. The charity opened went on to establish a 24/7 safe house in 2011 for female survivors of human trafficking.

This was the start of what Wallis calls a “rocket ride”. The charity in 2013 established a resettlement service to provide ongoing care and set up the Anti-Slavery Partnership in Bristol to co-ordinate agencies to share knowledge. And if that wasn’t enough, Wallis chaired the report into modern slavery by the thinktank Centre for Social Justice, which played a key part in enactment of the United Kingdom Modern Slavery Act in 2015. This was followed by his award of an OBE.

The traffickers think ‘I’ve got a commodity to sell here. Where can I put them in the business model that avoids detection, curtails that individual from speaking up and generates profit?

Ahead of his keynote speech to FinCrime World Forum, Wallis shows no sign of letting up, and with good reason.

He says: “It’s always difficult to know but my informed opinion is that we are seeing a growth in modern slavery coming out of the pandemic and the looming economic crisis will push people to make desperate decisions, leading to a furtther uptick in the number of people who are vulnerable.”

The scale of the problem is vast. The United Nation’s International Labour Organisation and the Walk Free Foundation estimated in 2019 that 40.3 million people are living in some form of modern slavery, with half of these in forced labour.

So what are the typical trends of modern slavery in the UK?

Wallis says increasingly slaves are being inserted into the supply chains of legitimate businesses.

“The traffickers are smart and they think like business people so they think ‘I’ve got a commodity to sell here. Where can I put them in the business model that avoids detection, curtails that individual from speaking up and generates profit?” he says.

The exploitation increasingly takes place away from the business to avoid detection.

“They could be in tied accommodation. There’ll be in debt bondage. There’ll be threats or perceived threats of violence against them or their families they speak out.

“There may be questions over immigration status. All of those means of control make it very difficult for legitimate businesses to ask the question of whether they are being exploited.”

This inserting of forced labour into the supply chains of legitimate businesses can take very sophisticated forms.

Wallis cites an example of an organised crime gang that managed to put some of its own people into a recruitment business who then managed to deploy slaves into different workplaces. “Unbeknown to both the businesses, and the recruitment consultancy was that the criminal gang had taken control of the [victims’] bank accounts. So all the checks were done and it all looked legitimate.”

The move towards global supply chains has also made it harder for legitimate businesses to make checks, while the demand for cheap goods puts cost pressure on businesses.

“When you put those profit pressures all the way down the supply chain there comes a point at which that pressure means businesses have either got to cut corners or cut costs even further in order to be able to have a sustainable business.”

So modern slavery is fuelled by economic forces, some of which is linked to our behaviour as consumers. But what can governments do to better tackle the situation?

Wallis says that legislating is the first step, but following this governments must follow through with enforcement.

The Modern Slavery Act 2015, among many other things, requires companies with annual revenue of £36m or more to produce a slavery and human trafficking statement every year. This must detail the steps the business has taken to deal with modern slavery risks in their supply chain.

Wallis: says “Not a single company in the UK has been taken to court to force them produce a Modern Slavery Statement in six years. We have about 4000 companies that have never produced a statement”

“What assurances are you getting that you are receiving worker voice participation that is unfiltered? In certain countries, are you engaging with Non-Government Organisations on the ground to get an understanding of what is really going on?”

Wallis also wants businesses to pay the Living Wage all the way down the supply chain as this not only raises standard of living, it also makes people less ripe for exploitation.

The other part of the equation is on the anti-money laundering side and making it more difficult for traffickers to hide the proceeds of slavery.

Wallis says fundamental slavery is a financial crime and its important to make sure AML teams are “following the money” whether it is being laundered through shell companies, via cryptocurrency or by the movement of physical cash cross-borders.

Wallis has come a long way since his shocking realisation that a crime that he thought had been abolished by William Wilbeforce is so prevalent in modern Britain. And his determination to make things better has already had a huge impact, but he isn’t done yet.

Andrew Wallis OBE will be appearing at Spotlight: Modern Slavery at 4.45pm on 24 March at FinCrime World Forum 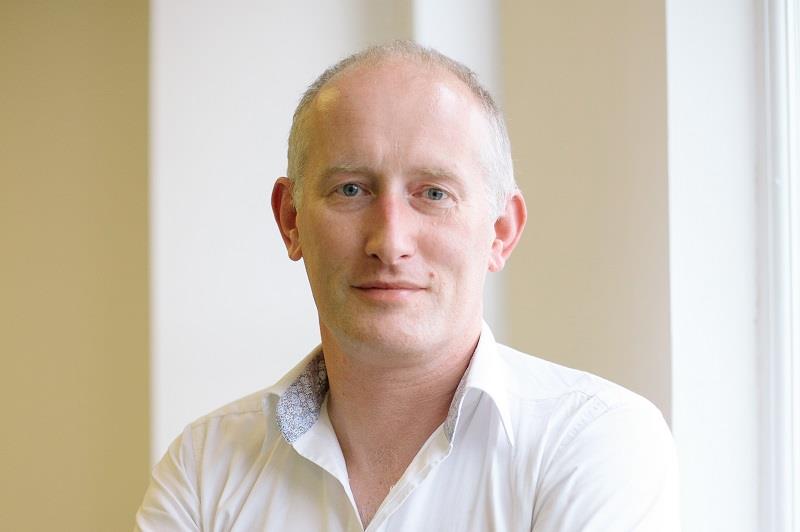