Brexit and fincrime: are things are about to get a bit more complicated?

The Brexit trade agreement contains warm words of co-operation on financial crime matters. However, Dr Anna Bradshaw, ahead of her appearance at FinCrime World Forum, fears there may be difficulties further down the line.

With all the multitude of complexity and vast scope in the Brexit Trade & Co-operation Agreement it was perhaps inevitable that many areas were rushed or even over-looked.

Dr Anna Bradshaw, partner at Peters & Peters Solicitors, certainly includes financial crime provisions in this group, believing they were “rushed through at the 11th hour” almost an afterthought.

“I think it’s a topic that is at risk of being overlooked and at risk of being badly misunderstood because rhetoric tends to get very inflamed very quickly along the lines of ‘the European Union (EU) needs the United Kingdom (UK) as much as the UK needs the EU” says Dr Bradshaw.

For Dr Bradshaw there has been too much focus on extradition and mutual legal assistance - measures needed after a crime has been detected- rather than intelligence co-operation, where she fears the real problems for future EU and UK co-operation in financial crime fighting may lie.

Dr Bradshaw, a major thought leader and authority on financial crime and sanctions risk and compliance, believes the “greatest loss to the quality of national crime fighting in the UK due to Brexit will be the loss of direct access to some EU databases”.

She singles out the fact the UK will no longer be a participant in the EU framework that enables sharing of information between Financial Intelligence Units as an example. She says the FIU framework allows data to be shared in a less constrained, extremely fast way.

“That is not something we can replicate through other avenues, it is just going to have to be something the UK might be able to compensate for, by example, closer co-operation with the Five Eyes [intelligence network],”

Ultimately it is not that data exchange won’t take place at all, data exchange on financial crime matters happens between the EU and other third countries after all, it is more that the the quality and speed of the information could be affected.

“The data exchange will be of a different nature, and we just don’t know how it is going to play out in practice,” says Dr Bradshaw.

Another example of losing access to information concerns the UK’s loss of access to the Second Generation Schengen Information System (SIS II), which allows states to share information about individuals for law enforcement and border control.

Dr Bradshaw says the UK’s suggested solution of using Interpol to issue arrest warrants and other information instead “is not within the UK’s gift” as they would rely on member states sharing information through a system that is not as easy and quick to use as SIS II.

There are also huge questions about where the EU’s proposed financial crime reforms will leave the UK.

The EU is proposing an interconnection of centralised beneficial ownership registries and centralised bank account registers.

This says Dr Bradshaw, will “make it much more seamless for EU-based investigations to access critical information.”

By contrast, says Dr Bradshaw, the UK’s consent regime, which generates “a huge amount of valuable intelligence” would be limited if it is only picking up UK data.

The EU’s ambitious Anti-Money Laundering reforms includes plans for a single supervisor and rulebook on AML, again it is not clear what will happen to the UK.

And all of this is before we come to the small matter of potential divergence.

Dr Bradshaw says the UK has already diverged from the EU’s on the matter of beneficial ownership information requirements for trusts.

“It is a misconception that the UK is fully aligned, even as we speak,” she says.

The biggest potential headache however is if there is a considerable divergence on sanctions between the EU and UK, says Dr Bradshaw, as even a small divergence could create compliance issues for some businesses. Whereas on anti-money laundering divergence its more difficult to see where the difference could lie, she says.

It becomes clear that Dr Bradshaw is deeply concerned about the impact of Brexit on the UK’s efforts to fight financial crime and it is obvious that she sees the EU as always being in the vanguard when it comes to AML efforts.

“The EU has always been at the forefront…It can be a great innovator in financial crime co-operation because of the proximity of its member states and because of the legal mechanisms that exist for securing agreement,” she says. “The Financial Action Task Force, by contrast, is an enormous body comprising so many different countries with zero enforcement mechanisms and it is just not able to innovate in the same way.”

So are there any silver linings at all? After all, the agreement does express a desire to ensure co-operation on law enforcement “to ensure we continue to effectively tackle serious organised crime and counter-terrorism, protecting the public and bringing criminals to justice”.

Dr Bradshaw says that for now the position for is “manageable” for the UK and for AML compliance teams as the issues are predictable and haven’t had significant cost implications.

She ends our interview with a warning however: “Everyone I think is braced for the possibility that things could get quite a lot more complicated.”

Dr Anna Bradshaw will be speaking at “Brexit means… Will the UK and EU keep aligned on financial crime?” at 10.15am on 23 March at FinCrime World Forum 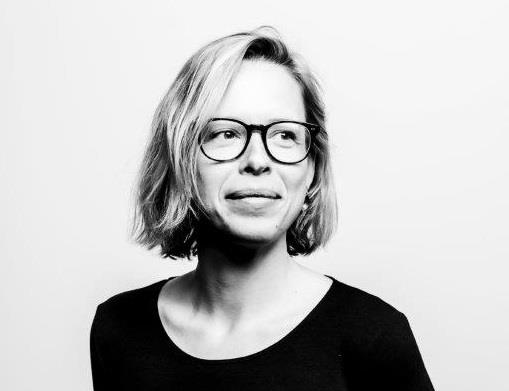